A credenza made to look as a sequence of a plane as a statement to this motion theory. You can’t see it move, yet it looks like it is doing so. Linear is a furniture made to be static, yet to look in motion by a sequence of lines that slowly flow to create a moving volume. 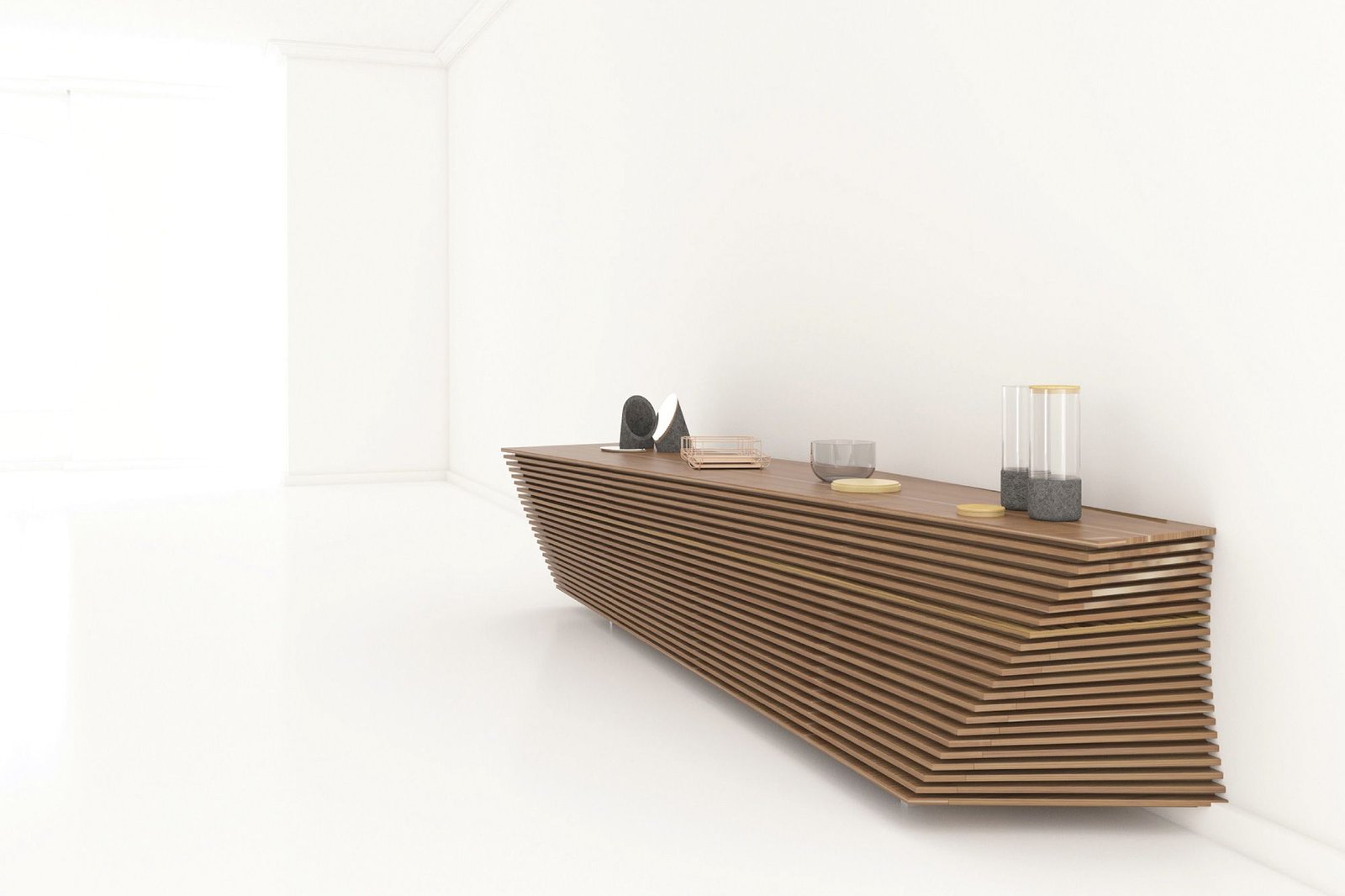 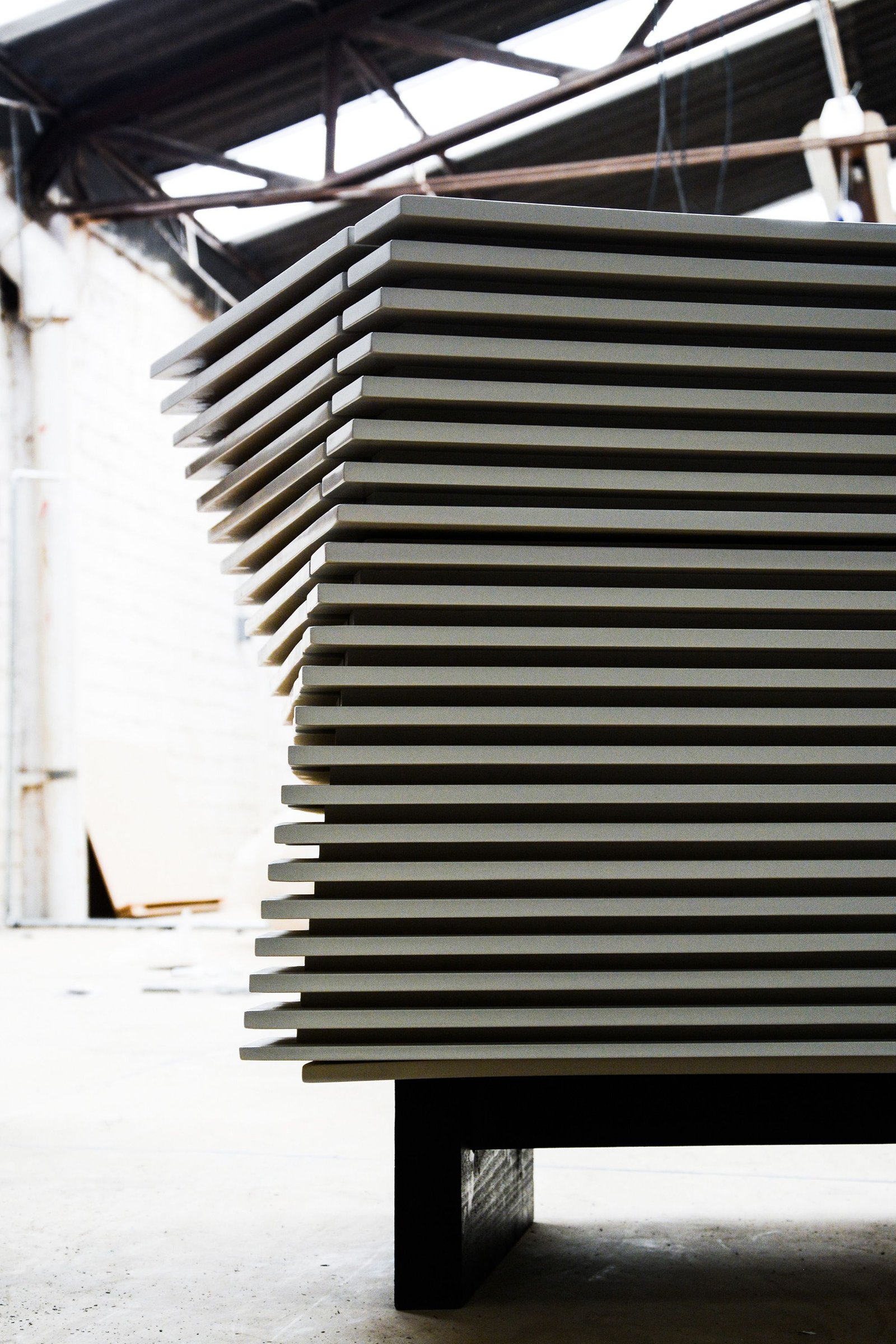 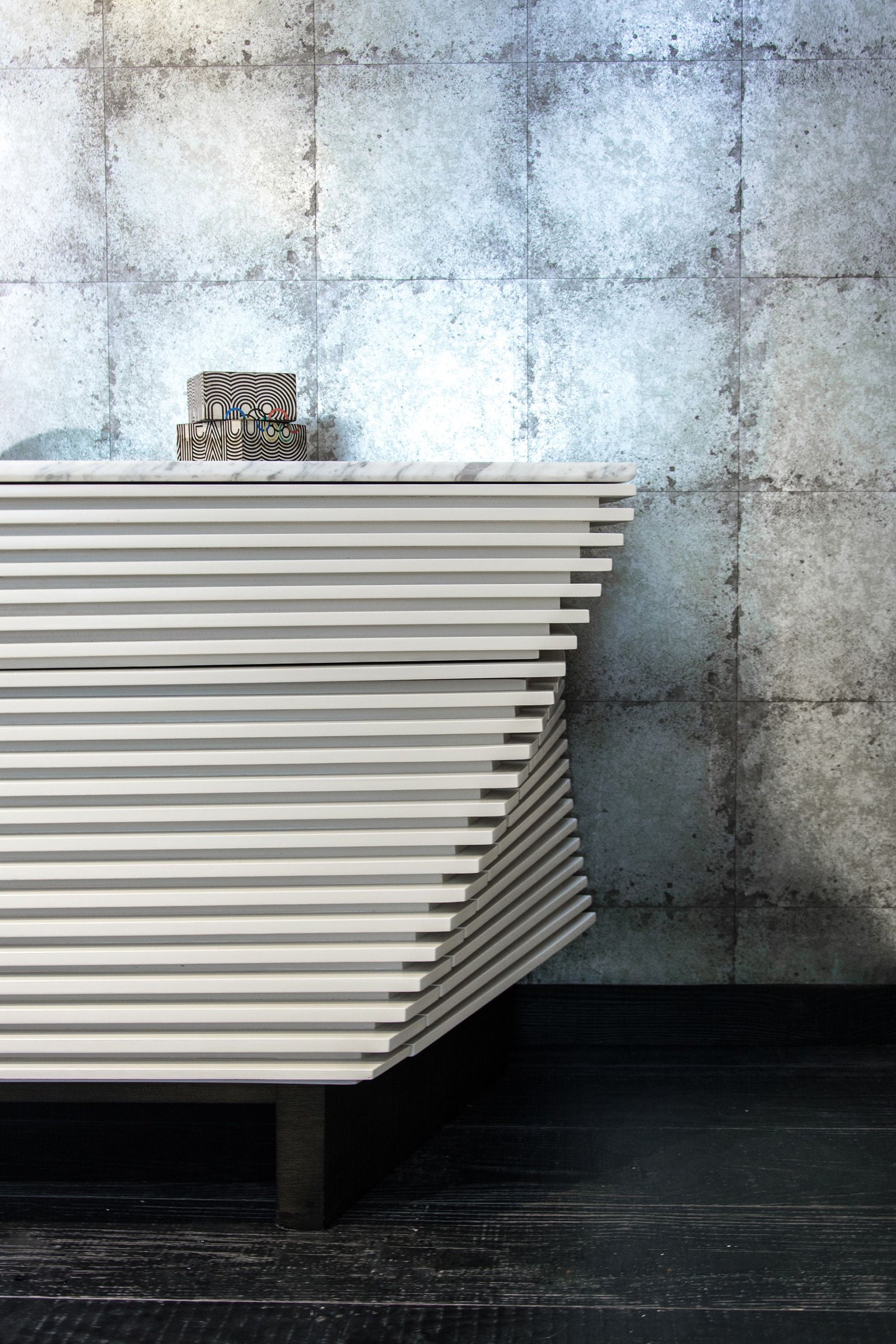